Estelle Winslow is Carl's streetwise mother, played by the late Rosetta LeNoire from 1989 to 1995 and in 1997. She is one of the main characters.

Estelle is the mother of Carl, Frank, Calvin, Darryl, and Walter. She is Harriette's mother-in-law and the biological grandmother of Eddie, Laura and Judy and adoptive grandmother of 3J. Estelle is a very wise woman and always very defensive of her grandchildren. Estelle moves into her son's household after the death of her husband, Samuel.[21] She (unlike all other Winslow's) was a friend of Steve Urkel for the entire series and loved him like a grandson. She loved when Steve came to the Winslow house and instead of trying to make him leave she enjoyed him being around. Steve always called her "Estelle, my Belle," which she loved. Estelle in one episode called Steve "Sugar".

Estelle is street wise and keeps up to date with pop culture and trends, much to the surprise of her family. In later seasons, she begins a relationship with Fletcher, which Carl disapproves of initially before eventually accepting the relationship. The two later got married at the Winslow home. She then moved away, only making minor appearances, some without Fletcher. Some of these appearances without Fletcher, however, seem to suggest that he passed. 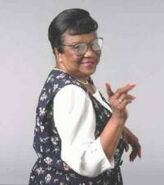 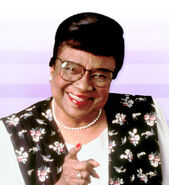