Harriette is married to Carl Winslow and has three children: Eddie, Laura and Judy. Her sister is Rachel Crawford, a widow with a young son, Richie. The Winslows' neighbor is Steve Urkel, the ultimate nerd who has the ultimate crush on Laura.The pretty Harriette sometimes feels that her husband Carl is intolerant of Steve, and, feeling so, Harriette often shows some affection and appreciation for him. This was shown in "What's Up Doc?" when she finally had enough of her family complaining about him and defended him. Harriette graduated from the police academy. She left the force when she was pregnant with Eddie.

In 1990, Harriette and her older sister Rachel's estranged father Jimmy Baines returned for a visit.

In 1993, Harriette was fired a second time from the Chronicle — this time, when she refused to lay off members of her security staff when the newspaper was making budget cuts. She quickly found work in the customer service / returns department at Ferguson's Department Store. By 1997, she was promoted to head of sales and VP, replacing the incumbent Mr. Benner (played by Mark Linn-Baker), who lost his job after numerous complaints that he was verbally abusive to employees under his watch. With this, she finally secured a white-collar job making more than Carl.

Harriette has a cousin named Clarence, whom was cute as a child, but grew up with an ever growing police record and his parents sent him to Chicago in an attempt to get him to turn his behavior around. However, he becomes a negative influence on Eddie which leads to him getting arrested with Grand Theft Auto by the owner of the stolen Porsche. When Hariette is reprimanding Clarence, she sees how remorseless he was and sends him home to Detroit to live with his grandmother. 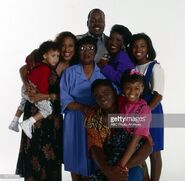 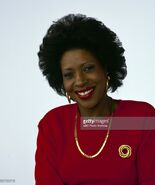 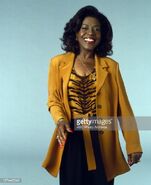 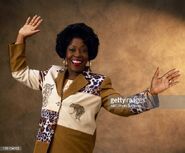 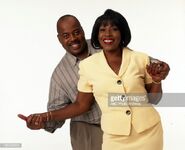