This article is a stub. You can help Family Matters Wiki by expanding it.

Valerie Jones (pilot only)
Jaimee Foxworth
Judith "Judy" Winslow was one of the main characters of Family Matters. She was the youngest daughter of Carl and Harriette Winslow.

During her years on the series, Judy attended an unnamed elementary school and also an unnamed junior high school. In the series fourth season, her character simply disappeared at the age of 13, with no explanation as to why. As the show started revolving more around Steve Urkel, the producers of the show thought that Judy was unneeded and she was more of a background character who was given very few lines. She disappeared after the episode "Mama's Wedding", where she is last seen walking down the aisle as the flower girl.

It is suggested that Judy had a strong relationship with her older sister, Laura, though sometimes she is much closer to Eddie due to his laid back, rebellious nature when he was younger. When the series began, Judy was 9 years old. 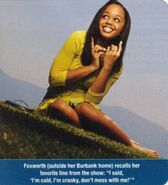 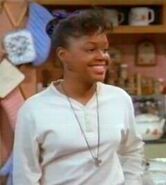 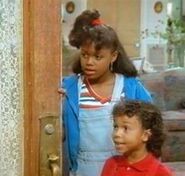