Laura Winslow was born in Chicago, Illinois and is the middle child and daughter of Carl and Harriette Winslow. She has an older brother, Eddie, a little sister named Judy, and eventually had an adopted little brother named 3J. During the early years of the series, Laura was the smart-aleck, know-it-all child of the Winslows, whom Eddie does not have a good relationship with at times. In junior high and high school, Laura was a straight-A student; her goal was to enroll in the Harvard Law School. She was accepted to Harvard, but her family could not afford for her to attend there. She attended Illinois Occidental University (IOU), a fictional school, and she maintained straight-As there.

In an early episode, titled "The Quilt," Laura learned about responsibility when she accidentally sold a museum curator her grandmother's family heirloom, a quilt that had been in the family for more than 200 years. Laura sees that Mother Winslow (who manages to veil her extreme disappointment) has been hurt, Laura goes to great lengths to get the quilt back, and gives a tearful plea to the curator; although the curator tries not to let emotion get in the way, she eventually agrees to give it back. When she and Carl return home with the heirloom, an elated Mother Winslow (after telling the story of the quilt) sees that Laura has learned to become responsible and lets her keep it in her room.

In addition to being an outstanding student, Laura was involved in cheerleading; several episodes revolve around her participation in the activity, such as "Making The Team" and "It Didn't Happen One Night".

Laura like Carl and Eddie had a chance to see what life is like as Urkel. In "It's Beginning to Look a Lot Like Urkel", after she wishes for Steve to find out what life is like as her. Her guardian angel, Tyrone, grants it but also revealed there was a catch to her wish. She had to endure life as Urkel such as getting yelled at and having her feelings hurt that made her respect Steve more.

Throughout the series, Laura had several potential suitors; although several of them were very nice and had nothing to hide, more often than not these young men had hidden secrets. Sometimes, it was a hidden agenda to have sex with Laura and get her in trouble with her family, the boyfriend would have other girlfriends or allow rumors to be spread, or the boyfriend would be a reckless driver.

Then, there was Steve Urkel, the nerdy next-door neighbor to the Winslows. Steve — who is the same age as Laura — had a huge crush on her, although her feelings were clearly (at least early on) not exactly the same (though she did occasionally act nice to him). In fact, Laura countlessly rejects Steve's requests to go out on a date; Steve supposedly has kept track, and counts the 1,000th rejection as a milestone in their relationship. Mostly Steve and Laura were friends every time they hang out.

Although it has often been said in the series that Steve has a crush on Laura ever since kindergarten (when she supposedly made him eat Play-Doh), the first time that they are paired together is in the first season episode "Laura's First Date."

Despite the friction and differences in feelings between the two, Laura appreciated Steve's efforts to be a friend, although this often was not realized until after Laura tries to end their friendship because of a mistaken belief that he is meddling in her life (such as when Urkel warns Laura about a potential boyfriend being a wolf in sheep's clothing). Steve and Laura were often paired together for class projects, and the two always helped each other out in their times of need.

Laura also did agree to date Steve on several occasions, but those early dates were out of pity and wound up being unmitigated disasters. In one episode, Steve's clumsiness, weird food likes (e.g., frog's legs and cheese) and just him being himself annoyed Laura. Another time, when Steve vowed to stay on top of her house until Laura agreed to go out on a date him, Laura finally gave in, only for the overjoyed nerd to slip from a snow-covered roof, fall to the ground, and have his date in a hospital room.

In the episode "Dr. Urkel and Mr. Cool", Steve created a elixir and, in the process, an alter ego: Stefan Urquelle (White in a dual role). Stefan was everything Laura hoped her one-week suitor would be: handsome, suave, graceful, good social graces, cool; all traits Steve did not have at first. Steve created Stefan so that he could finally realize his dream of winning Laura's heart. The Stefan-Laura relationship blossomed for several years, and at one point the two are nearly engaged at Walt Disney World Resort. However, in Stefan's premiere episode, his vain personality made her lose interest in him and she demanded Stefan that he changed back into Steve after finding out that one of her father's colleagues was shot by a man during a routine traffic stop.

However, as the years wore on, Laura's feelings for Steve began to change. Like the rest of her family, she warmed up to Steve and accepted him as a true friend. Much like her father and her brother, Laura had a chance to see what it was like to walk in Steve's shoes (i.e., getting yelled at for clumsiness and being a perceived pest), gaining a reputation of being a nerd.

In the episode Out with the Old, Laura bids on Steve's kisses because no one would bid on his kisses. This ending foreshadows the changing relationship between Steve and Laura as Laura seems to enjoy the kiss much more than she expected.

In the episode Drinking and Jiving, Laura goes to a party and gets drunk. When Steve takes Laura home, Laura kisses Steve. The next day Steve attempts to talk to Laura about the kiss, but Laura states she does not remember the kiss. However later that day, Laura tells Maxine that she did indeed remember the kiss and she was shocked, because she enjoyed this kiss and thought she might like Steve.

At one point during the final season, Laura agrees to accompany Steve to a polka festival, where — instead of becoming annoyed at Steve's interests and larger-than-life friends — she realizes that Urkel is the man her heart was after all along. The two are engaged, but not until after Laura makes a heart-breaking decision on whether to marry Steve or Stefan. Laura ultimately chose Steve over Stefan, and the alter-ego was retired and never seen again. In the series finale, when Steve goes into outer space (and his well-being is in jeopardy), Laura constantly watches television reports about the endangered space mission. Eventually, Steve salvages the space mission and returns home to his first (and only) love: Laura. Laura makes Steve promise never to go into outer space again, to which Steve replies, "Only when we kiss, Laura Lee," would he do so.

In early 1993, Laura and then-boyfriend Ted Curran were becoming frustrated that Urkel was trying to meddle in their relationship. So Ted thought of a solution: pair Steve up with his beautiful cousin, Myra Butros Butros Monkhouse (a pretty girl who happens to have her heart set on dating a brainy boy who enjoys polka music). Steve and Myra hit it off, allowing Laura to breathe a sigh of relief ... at least temporarily.

Very quickly, Myra sees that Laura and Steve are still friends, and Myra drew the conclusion that Laura was her competition. Many times, Laura would try to correct the misunderstanding, although it only made Myra more convinced that Laura was out to steal Steve's heart. The two had a very testy relationship from there on, even when it would not concern Steve; for instance, the two briefly lived together and once competed for a job at the department store where Harriette worked. Myra tried to break up Steve and Laura when they started dating, but ultimately failed because they got engaged to be married in the third-to-last episode: "Pop Goes the Question."

Laura had several friends throughout the series, including Penny Peyser (Ebonie Smith) during the series first year. However, Laura's longest-lasting friendship was Maxine Johnson (Cherie Johnson). Maxine was introduced in Season 2.

The two were engaged in the usual teen-aged girl capers, which were not nearly as far-fetched as those of their male counterparts, Eddie and Waldo Faldo. Laura was instrumental in helping set up Waldo and Maxine as boyfriend and girlfriend. Although they sometimes fought over boys and petty matters (and the fact Maxine's feelings for Steve were much softer than Laura during the early years), Laura and Maxine maintained a loyal friendship.

Appearing in the episodes "Rumor Has It..." and "Muskrat Love", Ted Curran (played by Patrick Dancy) is one of Laura's former boyfriends. Urkel was instrumental in helping Ted break the ice and ask Laura to the dance in "Dance to the Music. In the former, his friends, Jim and Weasel circulates a rumor around the school that he and Laura had sex which Steve hotly refuse to believe. When Eddie learns the truth, he chews out Ted for this and forces him to confess. After he does, Laura breaks up with him for betraying her trust. They later reconciled in "Muskrat Love" Later on, he appears in the episode "A Thought in the Dark", where he sets up Steve with his cousin, Myra. Ted and Laura would break up for good in "Heart Strings due to an argument involving Ted and his friendship with a girl from his class.

Derek, appearing in "All the Wrong Moves", was Laura's boyfriend after Stefan's sudden departure in "Dr. Urkel and Mr. Cool". In this episode, he tried to get her to have sex with him during a date at the drive-in movie theater, but she continually refuses his sexual advances. Eventually, Derek's insults irritated Laura and she quickly ends their relationship.

Cassie Lynn Nubbles is a rich, spoiled classmate and rival of Laura's who first appeared on Making the Team in Season 3. Cassie Lynn Nubbles is the mean girl of Family Matters. She has shown jealousy and contempt for her and did whatever she could to ruin her. This was shown in Woman Of The People when she got her sidekick to photograph Laura and Steve in a compromising position. However, Urkel was able to fight fire with fire by having Eddie photograph him kissing Cassie in order to teach her a lesson that blackmailing people is wrong. Cassie Lynn does not win the election for Freshman class President and she was never seen again, presumably with her reputation tarnished.

Penny was Laura's best friend in Season 1 and like Rodney, she had no patience for Urkel's antics. She has shown concern for him in one episode when Bull Wesson was threatening bodily harm to him if he does not pay up.

Greta is another friend of Laura's who is dating Eddie. She became one of her closest friends and confided in her about her falling out with her father that lead to him disowning her. 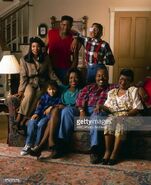 Laura as a baby 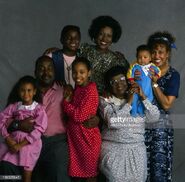 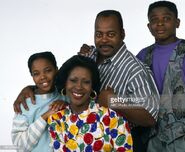 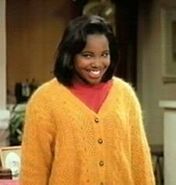 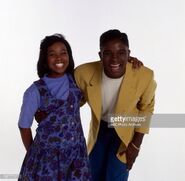 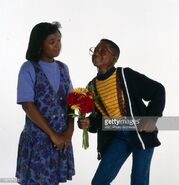 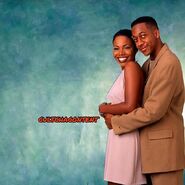