A Thought in the Dark

Michelle Thomas
Myra Boutros Boutros Monkhouse is the ex-girlfriend of Steve Urkel and cousin of Ted Curran. She was portrayed by the late Michelle Thomas

Originally from Detroit, Myra was introduced during the show's fourth season as a potential love interest for Steve Urkel. At the time, the object of Steve’s affections, Laura Winslow, was dating Ted Curran (Patrick J. Dancy).

Much to Ted’s dismay, Urkel was constantly putting himself between them — going as far as wearing a disguise — so that he could “chaperone their dates. Laura thought that they needed to find another girl to take Urkel’s mind off Laura, but admittedly couldn’t think of one who would “give him the time of day.”

Ted realized that his cousin Myra likes brainy guys, and suggested that they set her up with Steve in an attempt to get him out of the way. Steve reluctantly accepted what he assumed would be a dull blind date, but was pleasantly surprised when he found out that Myra was as intelligent as she was beautiful.

Like Steve, Carl also occasionally lost his patience with her and frequently yelled at her as well. This is shown at the end of Chick-a-Boom when Carl yells at her and Steve to leave his house after Steve accidentally fires his blunderbuss at a turkey.

As their relationship progresses, Myra becomes obsessed with Urkel (so obsessed that she has pictures of him all over her bedroom, similar to Urkel with Laura in the earlier seasons), and develops a rivalry with Laura. Often, Myra would be very jealous of Laura, and accuse her (inaccurately) of scheming to take her "Stevie-kins" away from her. Laura, however, thought of the accusations as annoying, and tried—not always successfully—to ignore them. As for Steve, he became very repulsed by Myra's jealous and possessive nature, which were both explored in seasons 5 and 9. He has tried not always successfully to get her to leave him alone, strongly implying that Steve has finally realized what it’s like to be in Laura's shoes.

During their relationship, Myra often demanded full loyalty from Urkel; in turn, he tried to stay true to Myra, despite his still often overwhelming feelings for Laura. She also became upset when Urkel turned himself into Stefan Urquelle via a "transformation chamber" (in his bid to win Laura's heart). She felt he was a joke, and liked Steve just the way he was. At one point, she tampers with the transformation chamber, thinking Stefan will use it to return to Steve and realizes her mistake when she learns Carl Winslow was in there to fix his poor eyesight (and make himself more suave around his wife Harriette), turning him into an "Urkel-clone" known as Carl Urkel. Despite her faults, Myra tried very hard to please Urkel and others, including the Winslows.

By the last season, with Laura finally realizing that she has feelings for Steve Urkel, it caused both him and Myra to grow apart. In Season 9's Breaking Up Is Hard To Do, he learned that she hated his makeover and demanded that he return to the "sexy" nerd she loved so much, suspenders and all. When Steve refused, Myra broke up with him first and it later turned out to be a plan to get him to renounce his love for Laura. When that failed, she resorts to not only suing Steve, but also stalking and spying on him with illegal surveillance gear and going so far as to install a special device in Urkel's eyeglasses that allows her to track his every move. She recruited Stefan to help her stop Steve and Laura's first date as a couple. Though initially successful, Myra realizes that she still wanted to date him and vowed never to rest until he takes her back. Urkel eventually finds out and is very angry with her for violating his privacy. He demands that she gets over him and leaves him alone because he’ll never take her back. Myra refuses to get over her boyfriend and dresses up like Laura and went as far as getting her arrested for stealing her watch when in reality Myra gave her that watch as a present. However, Urkel was able to drop the charges against his girlfriend when he exposed Myra for stalking him with illegal surveillance gear. The police confiscated everything and pursued criminal charges against her. When Myra learned about Steve’s engagement to Laura, she makes one last attempt to win Steve’s heart when (after learning Urkel's life is endangered during a space-walk) by posing as his fiancé during a news broadcast, which fails to win him back. It's implied that Myra went to jail for her crime for stalking Steve with illegal surveillance gear. 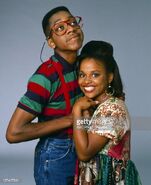 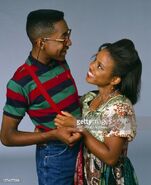 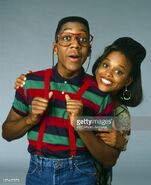 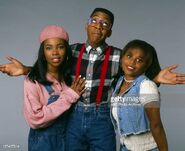 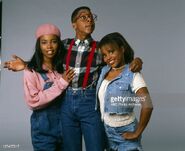 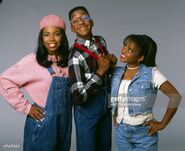 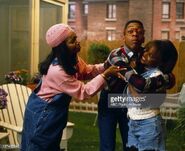 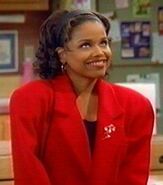 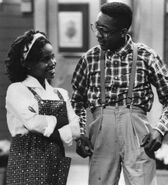