Elijah Ray Sanders and friend of Steve Quincy Urkel. He was portrayed by Joseph and Julius Wright in season 1 and Bryton McClure (later Bryton James) from season 2 onwards. He is one of the main characters. Richie is unaware that his friend Steve is irritating his Uncle Carl on several occasions and picking on and embarrassing his cousins Eddie and Laura on three occasions, one occasion, recording Eddie and his girlfriend kissing.

Richie was also friends with Little G and Jerry Jamal Jameson. He was disgusted by Gwendolyn (Naya Rivera)'s attempts to make her his daddy-mack when they were kids.

If the show continued on in its final season, a teenaged Richie becomes jealous when he learns that 3J is dating Gwendolyn. Rachel has a stable job in Detroit and Richie moves out of the Winslow home to live with her. Before leaving with his mother, Richie would be present to witness the birth of his 2nd cousin, Stephanie. 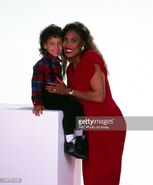 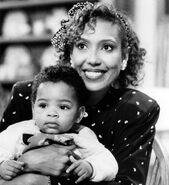 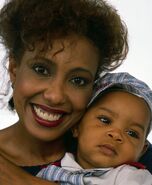 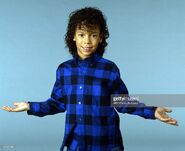