"Wake me shake me and break me but baby, don't forsake me."

Stefan Urquelle is an alter-ego character of Steve Urkel from the network of ABC/CBS sitcom Family Matters who was portrayed by Jaleel White.

During the fifth season episode "Dr. Urkel and Mr. Cool," Urkel devised the ultimate plan to win Laura's heart: transforming his DNA using a serum called "Cool Juice" to suppress his "nerd" genes and bring out his "cool" genes. This resulted in the alter ego known as Stefan Urquelle, played by Jaleel White in more casual attire and with a smoother delivery. Initially, Laura is enamored with Stefan (as all the other girls are). Some aspects of Steve's usual personality remain, such as calling Carl "Big Guy" (though he uses a shorthand version of it, "B.G."). Stefan also revealed that his own parents showered him with love and introduced him to his other relatives (which is something they would never do with Steve). In his premiere episode, Stefan apparently hated his nerdy alter ego, calling him an "annoying, clumsy nerd" and "the village idiot" which irritated Laura because as annoying and clumsy as Steve was, he was also selfless and caring of others. She demands he stops being narcissistic and selfish, and return as Urkel at once, which he grants after eating a tablet containing the antidote to Steve's coolness elixir. After seizing several times, he transformed back into Steve.

In Stefan Returns, Steve later improved the formula to limit the negative effects it had on his new personality, and re-dubbed the formula "Boss Sauce." He also invented a "transformation chamber," which allowed him to turn into Stefan for extended periods of time (as well as avoiding developing rashes in "personal areas"). This time, he was a more likeable person, whom Laura is pleased with. He changed into Stefan several times—even while dating Myra—but some circumstance caused him to change back into Steve each time. In the Season 6 two parter episode: To Be or Not To Be, Steve was stuck as Stefan for a while, after Carl was accidentally transformed into Carl Urkel, due to Myra's tampering with the transformation chamber to sabotage it and preventing Stefan. Late in the sixth season, Steve transformed into Stefan as part of an inventors competition at Walt Disney World in Florida; however, Laura sabotaged the transformation chamber to prevent him from turning back into Steve. During his extended stint as Stefan, he proposed to Laura in front of Cinderella Castle. Laura accepted, but their engagement was broken off when Myra appealed to Stefan and Laura revealed her sabotage.

While everyone liked Stefan, Myra disliked him immensely, believing he was a joke and thought her "Steviekins" was perfect the way he is. The only time she was actually nice to Stefan was in Teacher's Pet, when he explained to her that Steve asked him to stand in as a substitute teacher when none of his classmates except Laura and Myra took him seriously.

In the seventh season finale "Send in the Clone", Steve created a cloning machine. He came to believe it did not work though it did create another Steve. To clear up the situation, Laura proposed that one of the Steve's be turned into the suave Stefan. Through this, Laura was able to pursue a full time relationship with Stefan. Also in this instance, Stefan finally met his creator Steve who was surprised at how cool Stefan really was.

The permanent Stefan made several more appearances throughout the series and proposed to Laura again before the series finale. After weighing her choices in the flashback episode "Pop Goes the Question," Laura chose Steve over Stefan, apparently realizing that if she married Stefan and got everything she wanted from him, he'd end up reverting to the arrogant jerk who he was and treat Laura horribly, leading to divorce. He left and never reappeared again. It could be assumed that Stefan, while heartbroken over Laura preferring Steve over him, showed maturity in accepting their relationship. He moved on with his life after he learned from his mistake in the episode "Crazy For You" when he teamed up with Myra to stop their date. Before the events of Crazier For You, he felt guilty of stopping Steve from dating Laura and had told him the truth about it. Stefan also tells him that he also suspects that Myra was stalking and spying on him, which proves to be true when Steve learns about the illegal surveillance gear in her room and confronts her for her actions.

Had the show gone on to its final season, Stefan would've tried to stop Myra from ruining Steve and Laura's wedding.

He would help Waldo reconcile with Maxine when he explains a mix up with the post cards that was made with his and his cousin, Bob. He would have a great time getting to know Myrtle who explains more about the Urkel line. Stefan and Steve's cousin OGD would spend a day in each other's shoes and have a better understanding of each other. Stefan would then earn himself a spot, as an official member of the Urkel family.

In Death of Stefan, he is sick and Steve is able to trace what's happening to him back to his old clone machine which doesn't make permanent clones like he'd hoped for. With the rest of the Winslows and Steve staying by his side, Stefan says his farewell before disappearing. Stefan's suave and cool personality merges back into Steve, giving him a mature appearance and deeper voice. 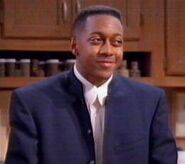 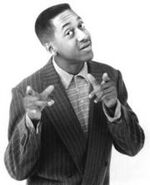 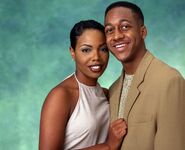 Stefan disguised as Steve with Laura

Steve and Stefan having an important conversation about Laura

Steve and Stefan busted by Laura for pulling the switcheroo

Add a photo to this gallery

Retrieved from "https://familymatters.fandom.com/wiki/Stefan_Urquelle?oldid=16663"
Community content is available under CC-BY-SA unless otherwise noted.